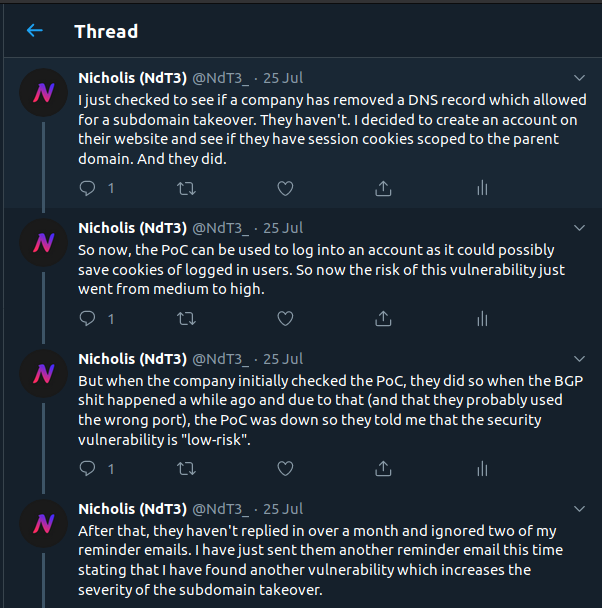 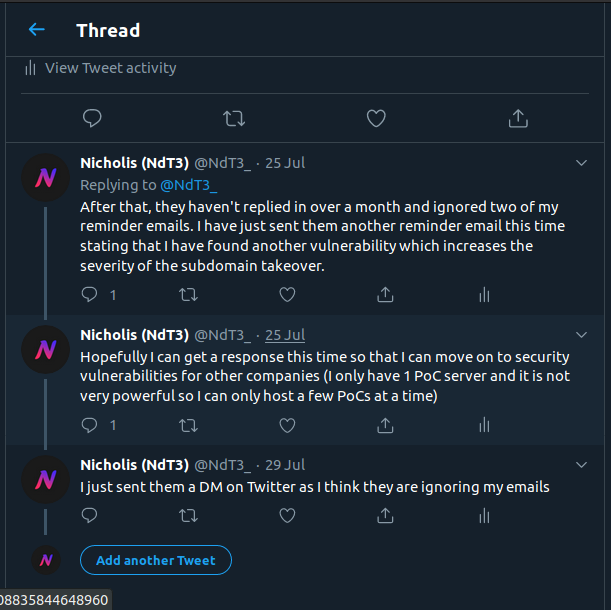 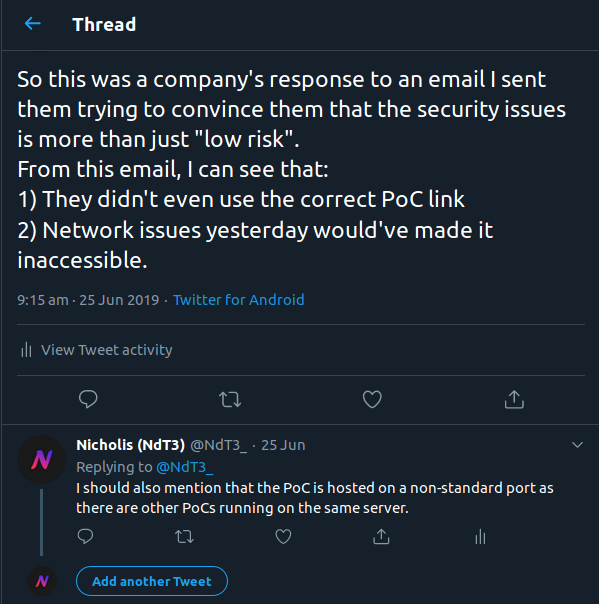 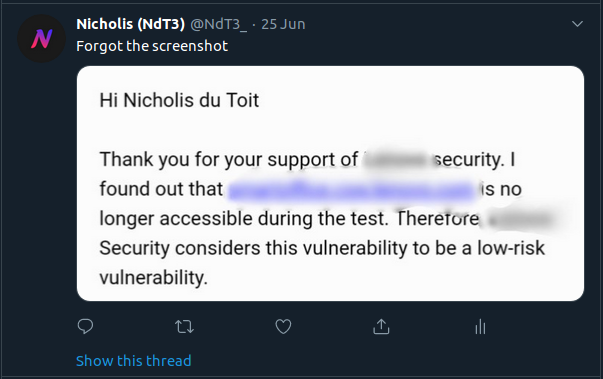 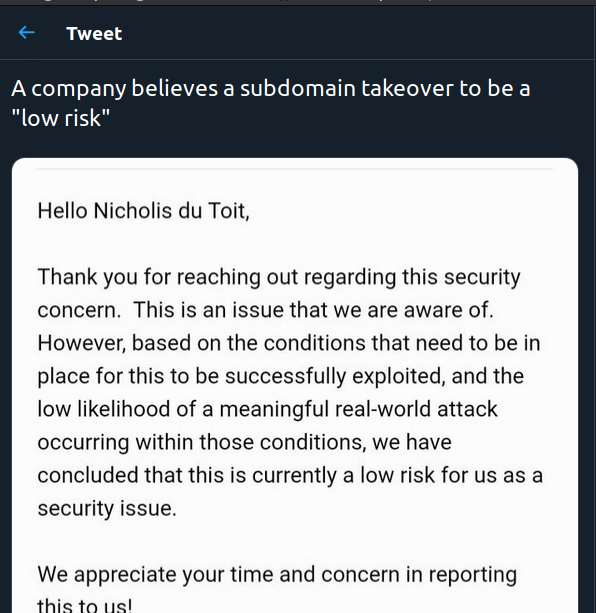 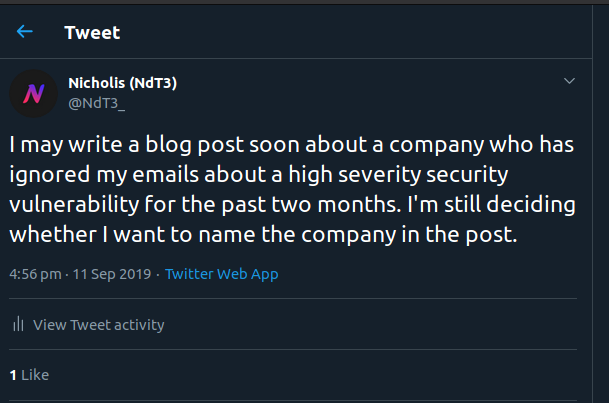 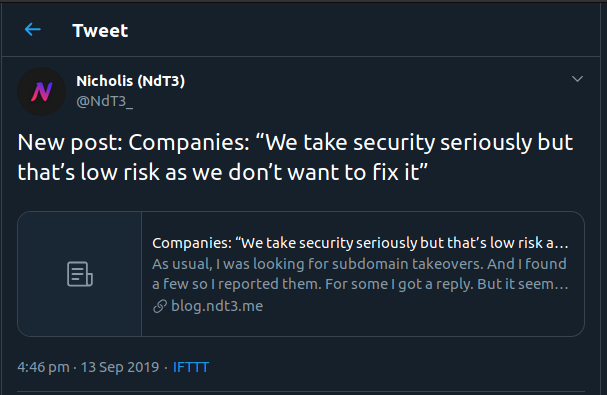 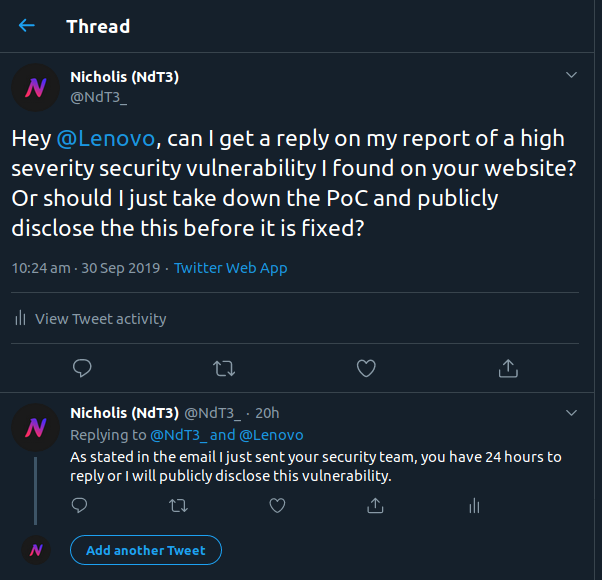 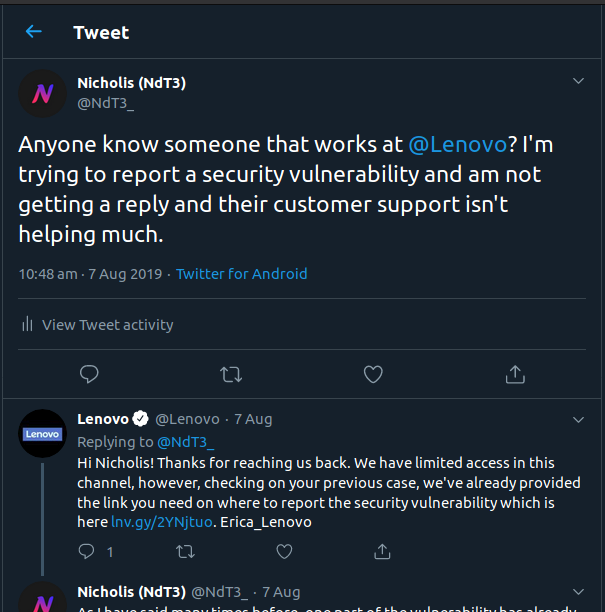 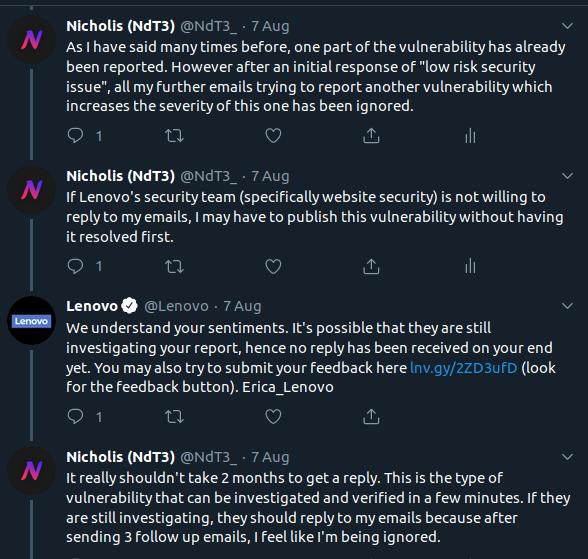 Yes, I am referring to Lenovo’s security.

So I found a subdomain takeover on Lenovo’s domain. The subdomain is smartoffice.csw.lenovo.com and the domain it is pointed to is smartoffice-csw-lenovo.com. And that domain was available for registration so I bought it and pointed it to my PoC server. Note that the domain is no longer pointed to my server as I am doing public disclosure and don’t really want anyone to access the PoCs or have my server IP address. 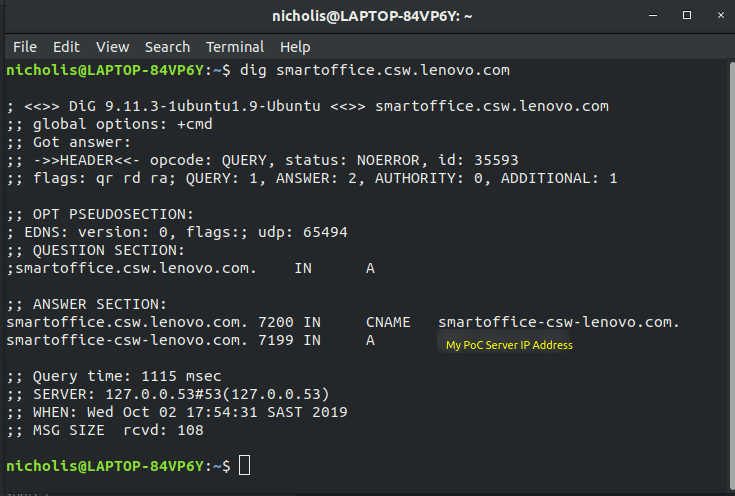 At this time, I thought it was just a normal subdomain takeover, a medium severity vulnerability. So I reported it.

Note that in the PoC URLs below, a non-standard port is used as there are other PoCs and scripts running on the server. 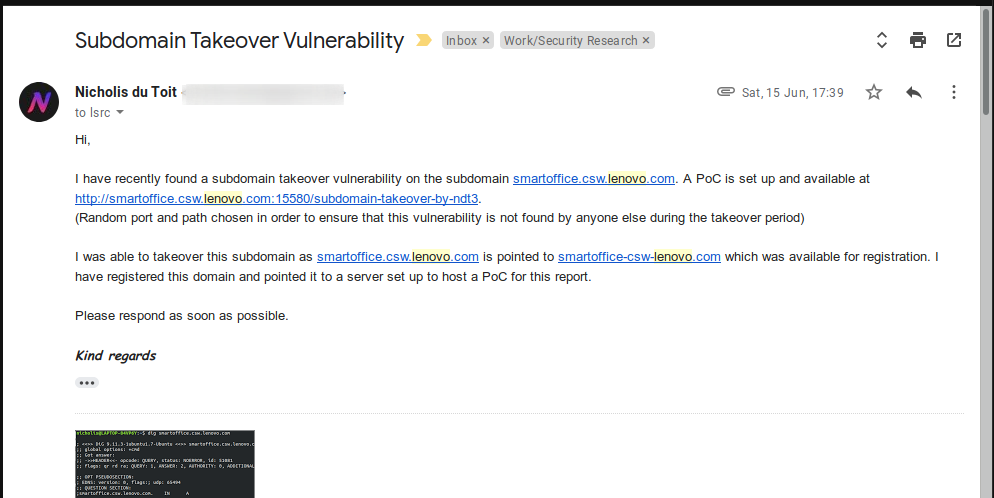 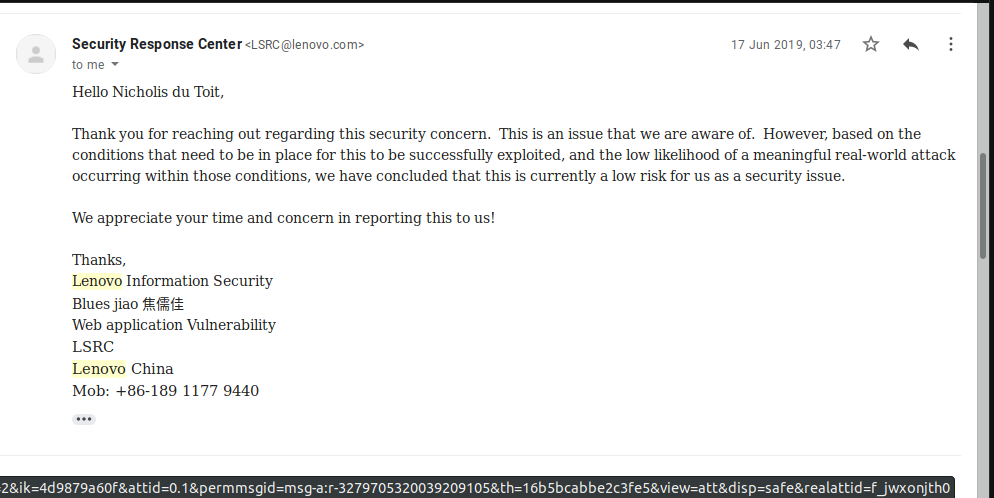 They are aware of the issue. But they feel that “based on the conditions that need to be in place for this to be successfully exploited, and the low likelihood of a meaningful real-world attack occurring within those conditions, we have concluded that this is currently a low risk for us as a security issue”. What? Lenovo, do you realise that I have a “real-world attack” set up, just not in a malicious way. And a subdomain takeover is not low risk. Other people in information security also see the risk.

So I ask them to reconsider.

And they email back for the last time saying that the PoC is not accessible. At the time, there was networking issues which may have affected the PoC server. But I believe that the issue here was that they used the wrong URL to try to access the PoC (I think they tried http://smartoffice.csw.lenovo.com instead of http://smartoffice.csw.lenovo.com:15580/subdomain-takeover-by-ndt3).

I sent them an email providing the PoC link again and later, another follow-up email.

A few weeks later, I found another issue which would turn this vulnerability into a high severity one. As I was getting tired of not getting a response, I asked for a reply before releasing the details.

This attempt at getting a reply failed so I had no choice but to provide the details and hope they read the email.

Note that in the above emails, the PoC URLs are now using SSL and are running on a different port. The SSL allows me to access the secure session cookies.

And after a month of waiting, I sent them an email stating my intention to publicly disclose this vulnerability due to their lack of replies.

I also contacted them on Twitter (DMs), however these screenshots have been left out of this post and can be found in the previous post (Lenovo is the third company I wrote about in that post).

Now, for the demonstration of the vulnerability. Note that the screenshots below may look slightly different than what you would normally see on the Lenovo website as I am using a browser extension called Dark Reader. 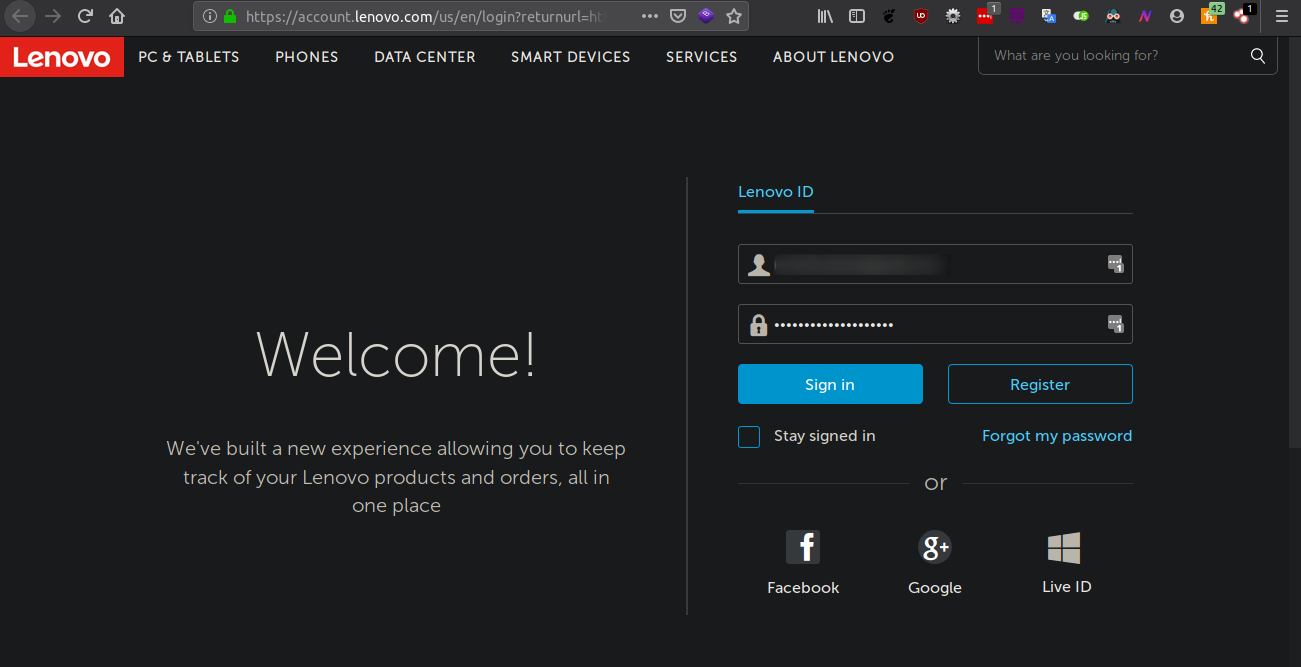 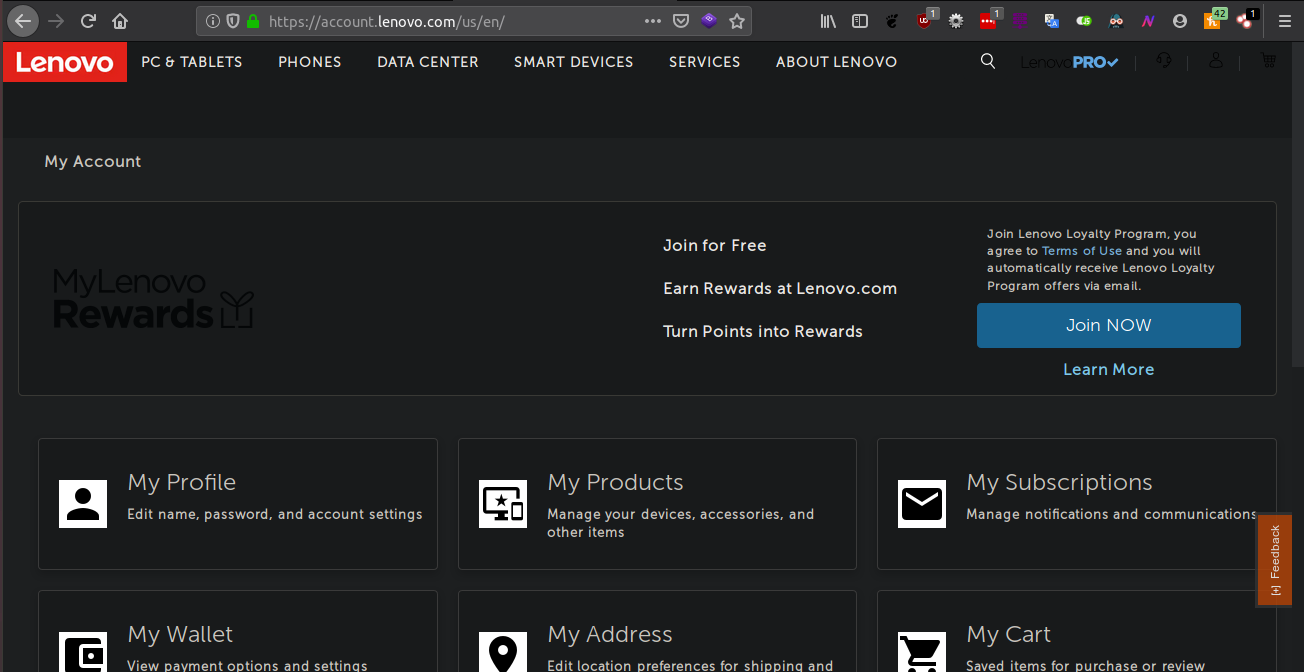 Now, I open an incognito browser window and go to the Lenovo login page. Notice that I am not logged in. 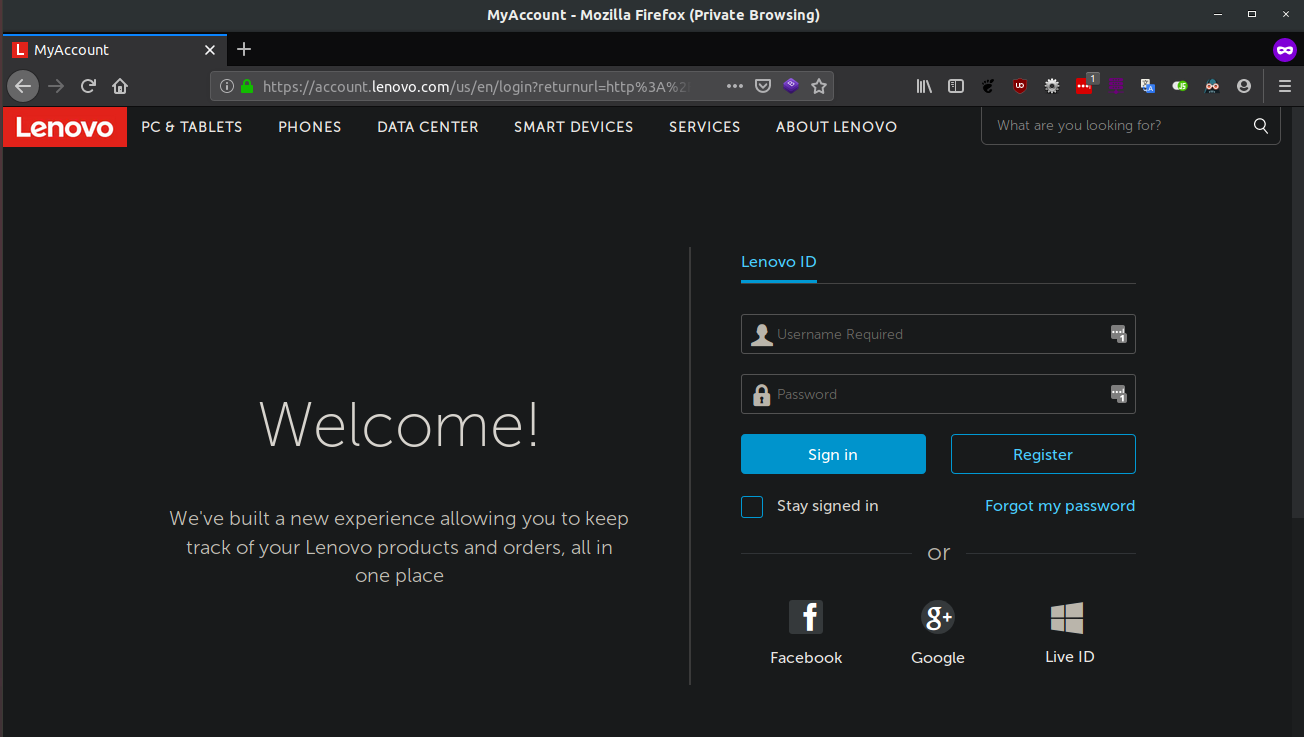 I open the PoC page to set the cookies I copied from a previous step for the domain. 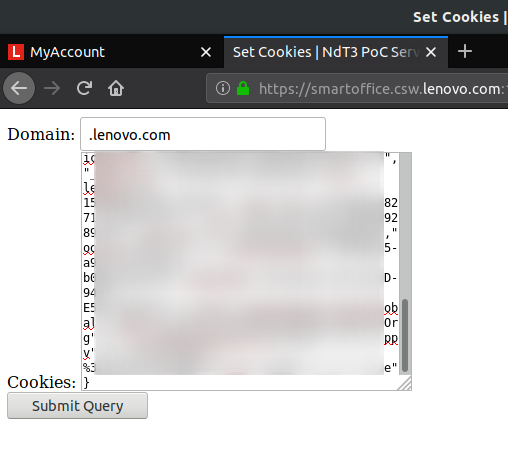 And, in the same incognito browser window, I am now logged in. 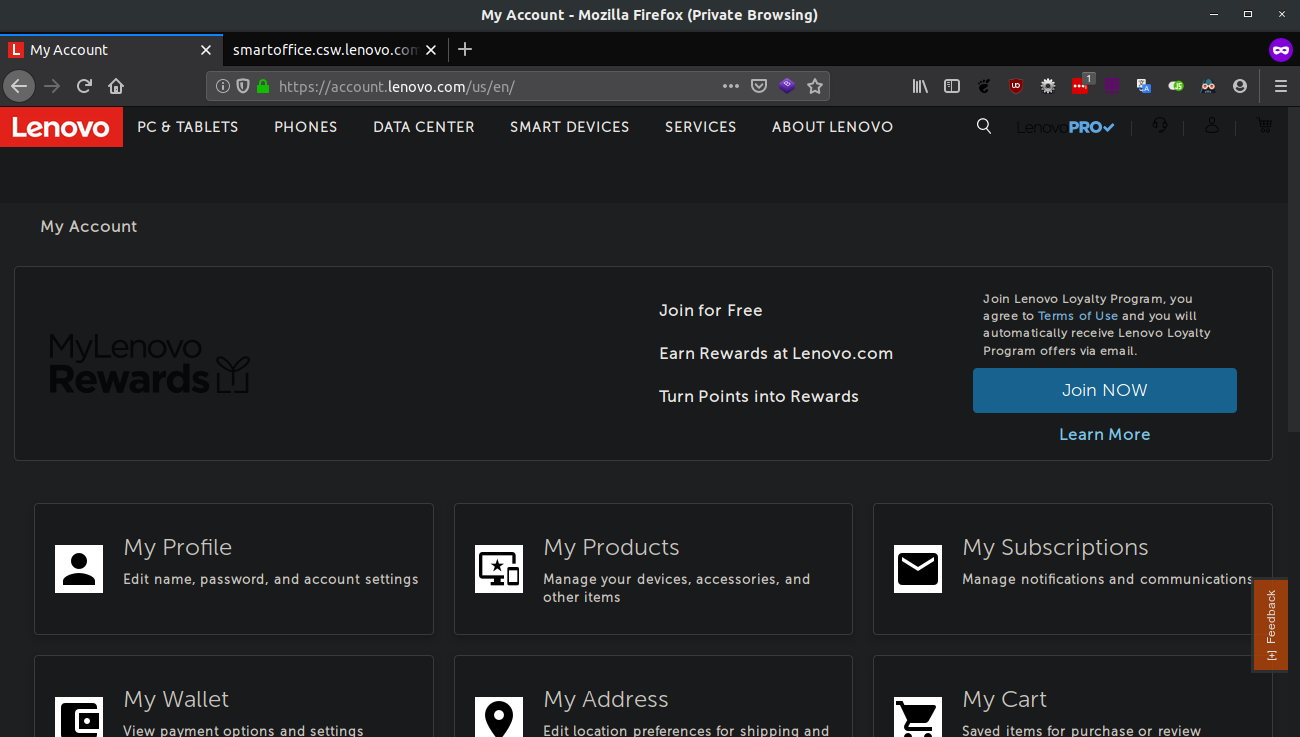 So how can this be used in a “meaningful real-world attack”. Quite easily actually.

There are other attack methods, not just the ones listed above.

So Lenovo, if you are reading this, please fix this if you haven’t already and while you are doing that, have a meeting with your security team to discuss the manner in which this report was handled so other people wanting to report a security vulnerability don’t have to go through what I had to. Until then, don’t expect any future reports from me.